Recently a slew of details were released about Disney’s upcoming live-action Star Wars streaming series, The Mandalorian.  Amongst other things we learned that Dave Filoni, the Clone Wars and Star Wars Rebels showrunner, will be joining the series as an executive producer and that he will be directing the first episode of the series.  Additionally some of Hollywood’s brightest contemporary talents were announced as episodic directors, including Taika Watiti, Bryce Dallas Howard, and Rick Famuyiwa.  See the full details of the announcement here.

But as we recover from this unexpected explosion of Star Wars news and the dust settles we begin to realise that there is much about this series that we still don’t know. Many Star Wars news sites are repeating the obvious question of who is the Mandalorian?

Headlines aimlessly speculate on which actor or actress will be portraying the title role, or attempt to deconstruct this new unknown character solely on the minutia which has been revealed thus far.

Undoubtedly details regarding the cast will be revealed relatively soon, and the nature of the character will come to light during the natural course of the show.

Because of this I feel as though we need not concern ourselves with finding out who the Mandalorian is, rather I believe the question Star Wars fans should be asking is, what is the Mandalorian?

What type of show can we expect from Jon Favreau and the creators which have been announced so far?

A live action television series is uncharted territory for the Star Wars universe.  However being that this is a Star Wars production I think it is safe to speculate that we’ll be seeing a mixed bag of genres, tones, and styles influencing the series.

So far we can already see a broad spectrum of talents and experience.  Interesting creators who run the gamut from large special effects projects, action films, comedy, drama, and in the case of Dave Filoni, experience in the Star Wars universe itself. Yet as far as the live-action cast for this live-action series is concerned, we still have absolutely no details.

Jon Favreau has teased that main character will be “a lone gunfighter in the outer reaches of the galaxy far from the authority of the New Republic.”  And prior to that he invokes the names of Jango and Boba Fett perhaps in order to set the tone for this new armored loner trying to make their way in the universe.  It’s interesting to note that the setting will be the outer rim, the fringes of the Star Wars galaxy.

The synopsis of the Mandalorian along with the shows distinctive title immediately reminded me of a show from television’s long past: The Virginian, a Western series which aired on NBC from 1962 to 1971.

For those not familiar with this serialised Western drama (and I had to do some research myself) here’s a quick description: A mysterious man, known only as the Virginian, enforces law and order in 1890’s Wyoming. Throughout the entire course of the Virginian, the titular characters true identity remains a secret, even into the series finale. Could Favreau be planning on stringing out the identity of his central character in a similar sub-plot?  Might we see a something akin to the Virginian, with a mysterious Mandalorian begrudgingly enforcing their own brand of law in the most cutthroat regions of the Outer Rim? 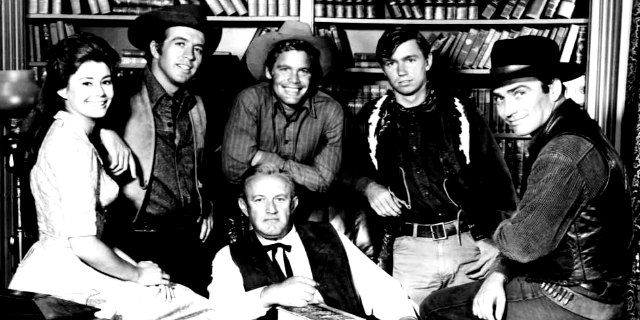 As I began to postulate these connections, the Star Wars portion of my brain was kicked into high gear and other television series from the past sprang to mind.

I thought of 1963’s the Fugitive and the exciting possibility of a Star Wars series where the main character is on the run either from the authority of the New Republic or possibly even their fellow Mandalorians who have cast them out.

Maybe we’ll see something not unlike 1972’s Kung Fu, with a protagonist forced to flee their homeland and take on pursuing bounty hunters and other threats all the while protecting the downtrodden as ascribed by their personal honour.

Let’s not forget that the scripts for George Lucas’ underworld series are still laying around somewhere in the Disney vault and we may yet see influences or even entire plots lifted from the unused materials of the father of Star Wars himself.

So who is the Mandalorian?  At this point I don’t believe that question matters.  We’ll find out in due time which actors will be filling the roles.  As for the character of the Mandalorian themselves, perhaps we’ll never truly know the identity of the titular character, and perhaps that could end up being really cool?