Michael K. Williams was close. So close to be starring in a Star Wars film. His scenes were shot. Portraying the role of Dryden Vos, Williams interpretation was less human like. Donning a motion-capture suit, the original Dryden Vos was more alien like, resembling a humanoid mountain lion. Early concept art for Vos depicted him as an avian alien, then a reptilian alien, and finally a Lasat (the same species as Zeb from Star Wars Rebels), which was possibly the version depicted originally by Williams. In the original draft of the film script, Vos was going to be based on Taanab. 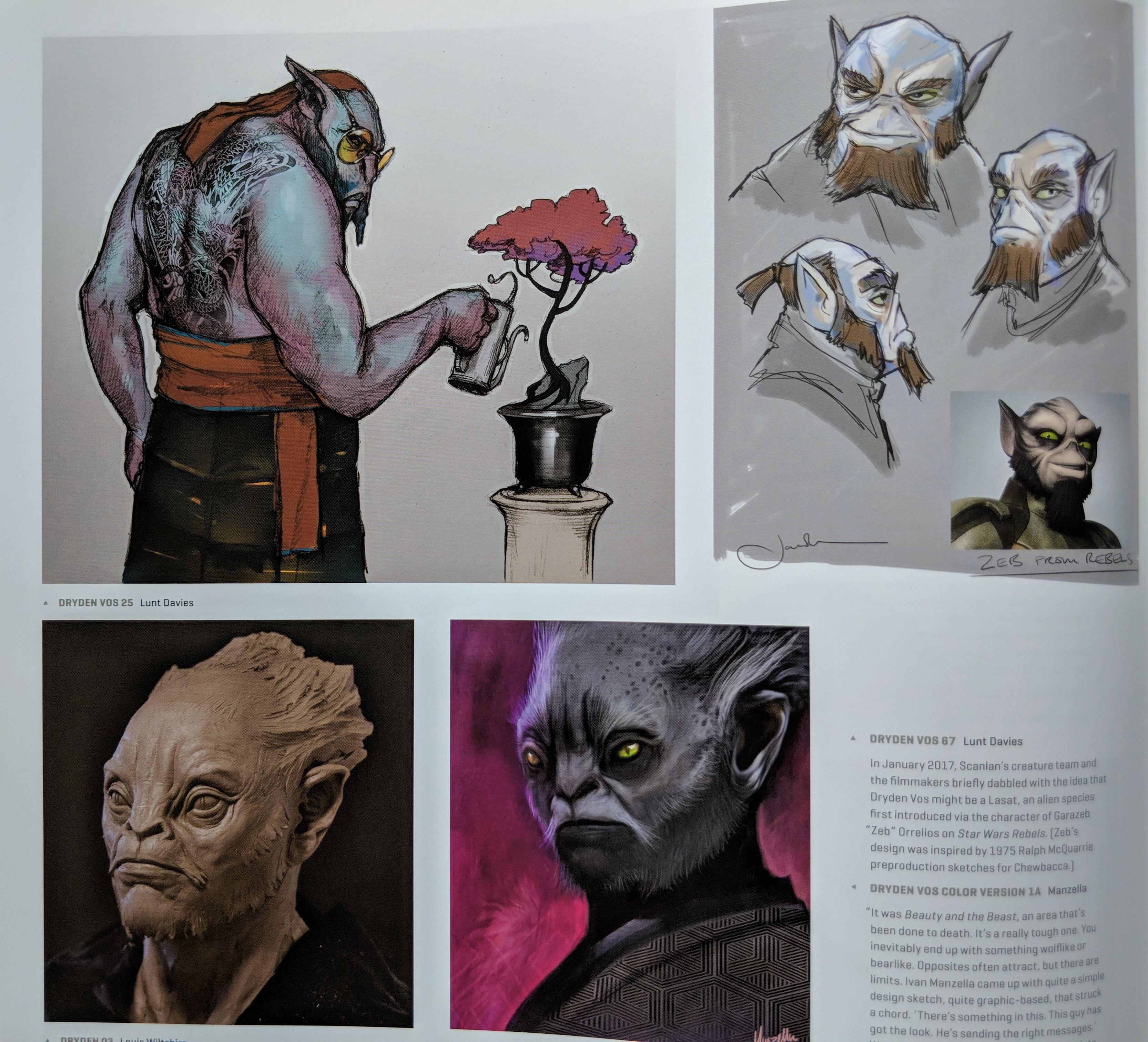 But when the original directors Phil Lord and Christopher Miller were fired from the project and replaced by Ron Howard, Williams was not available for extended reshoots due to scheduling conflicts with The Red Sea Diving Resort, and the part was recast to Paul Bettany.

Even though all of this work was cut from the finished film, Williams holds no ill will toward LucasFilm and would love to have another go of being in Star Wars. According to Williams:

“I have not had the chance to see Solo but shout out to my cast mates. Even though I didn’t make the final cut, they’re still my cast mates. I love you guys. I’m quite sure I’ll get around to it but I’m more interested in getting another shot in being in that galaxy…I would love another opportunity to be in Star Wars.”

Since the scenes he was involved in aren’t technically canon, the actor is free to show up in some future movie in an entirely different role. But since he got on with the cast and crew of the film during production, there is a good chance Michael K. Williams might appear in a future Star Wars film. There are projects lined up at LucasFilm for the future, such as:

Maybe in time, Michael K. Williams will get his wish and become apart of the Galaxy from far, far away. He left on good terms, so there’s a good chance he might get cast for a future project. Though speaking of Solo: A Star Wars Story, maybe we’ll see him in a deleted scene (wishful thinking) or perhaps the Making of. Who knows. But there’s still plenty of time to appear in Star Wars…..