The Star Wars Battlefront II Community vented it’s frustration over the weekend, a frustration that the popular and usually positive YouTube Channel, Star Wars HQ dubbed as ‘Droidekagate’. Beginning last week when some fans spotted an image of the Droideka, sometimes known as a Destroyer Droid in the background of a new screenshot, only to have DICE first deny it, then later admit it but say it’s an “unused asset” and they have “no active plans” to put this character in the game.

The image in question was this: 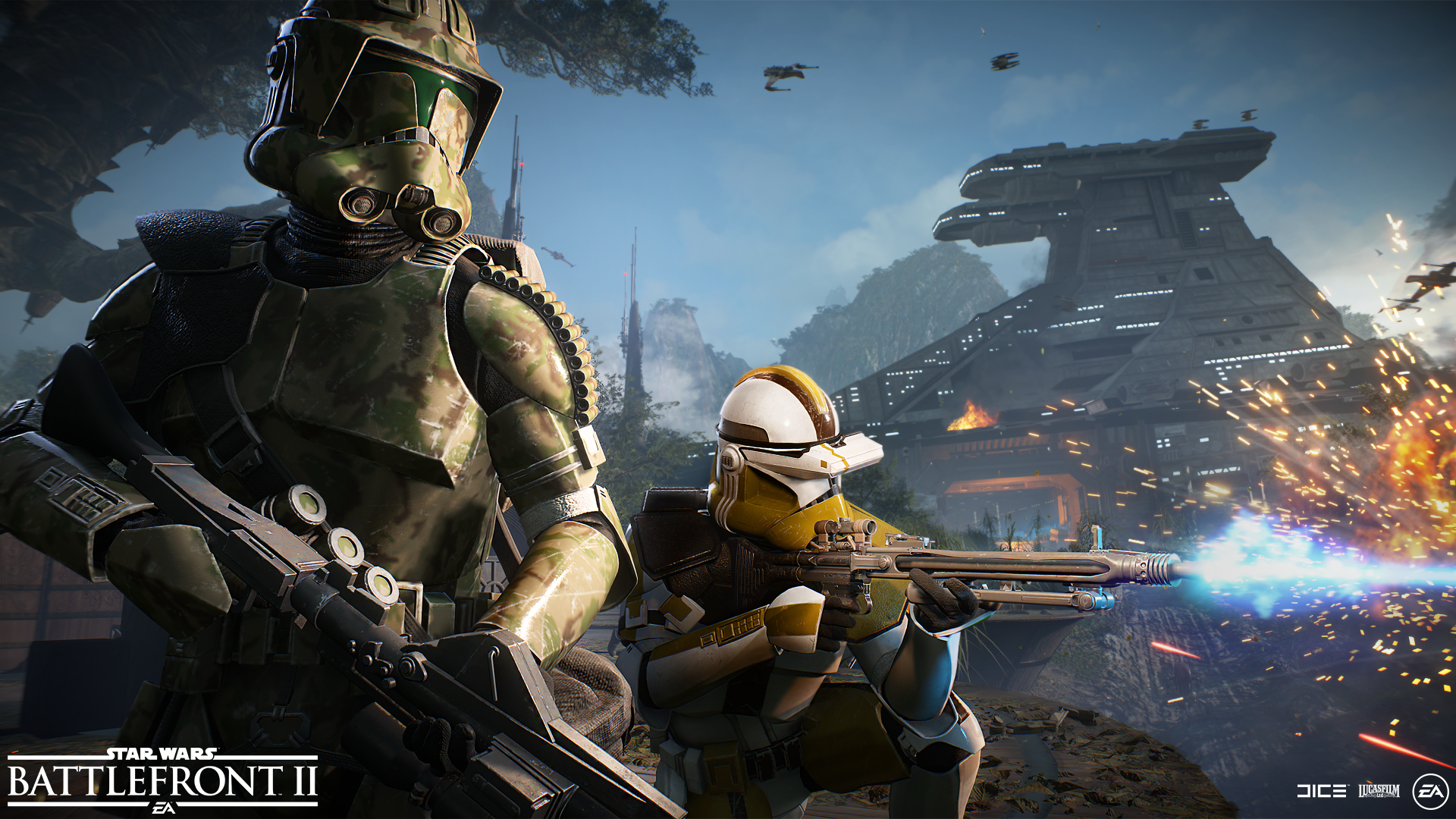 Some eagle eyed fans were able to spot the deadly Trade Federation and later Separatist Droid in the lower right hand side. Below the 327th Star Corp Clone Trooper’s blaster. Here’s a magnified image: 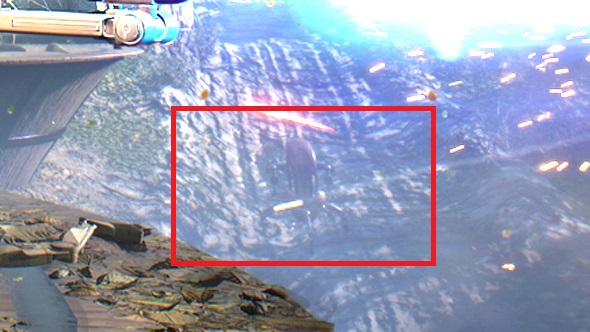 The Droidekas made there first appearance in Episode I:The Phantom Menace, appearing all the Prequel Trilogy Films along with the animated television show Star Wars: The Clone Wars. These droids were one of the few droids that could stand up to the Jedi (in addition to the Commando and Magna Droids. Fans will remember Destroyer Droids being a playable character class in Pandemic’s Original Star Wars Battlefront’s from 2004 and 2005, where they were quite popular due their unique mix of fast movement/vulnerable and slow movement/powerful. Being (when shields are up) one of the strongest units in the games.

Eventually, when made as a post over on Reddit the developers admit that they loaded up the scene and discovered that it was indeed a Droideka, although it was an unused static asset that somehow made its way into the backdrop, saying:

“It has zero integration into the game, meaning it is currently missing, rigging, animation, VFX, audio, abilities, UI and more.”

That the studio has reiterated that it has “no active plans” to put Droidekas into Battlefront II. This statement left Fans rather unhappy. The post (which he has tagged above) has around over 800 comments, venting frustration at DICE & EA over the Droideka, none of the are what you would call complimentary. Reddit users superjediplayer and shrekcurry502 had this to say:

“Now the game’s future is even less exciting because it’s something a lot of us want and you’re confirming it’s not coming.” – superjediplayer

“Very unprofessional, and created a lot of hype from the community which has now been crushed,”

Star Wars HQ, the large and popular (and usually overly positive) Star Wars Channel with over 700,000 Subscribers had this to say in their latest video:

“We’re not happy about it, and the community is outraged about it,” it’s more than just the Droideka, it’s also communication and the way it’s being communicated.”

And they’re all right. It’s more than just a Droid. It’s about a company that isn’t interacting and creating a dialog with it’s fanbase. Communication is key here. Take on board what your players are saying DICE. You’ve made a beautiful looking sandwich (the game), it just needs more filling (content). And you can do it. Give the people what they want. Look at what’s available in the world of Star Wars. From planets, to ships, to units.

Go to social media, to DICE’s platforms. Let them know, you want the Droideka.